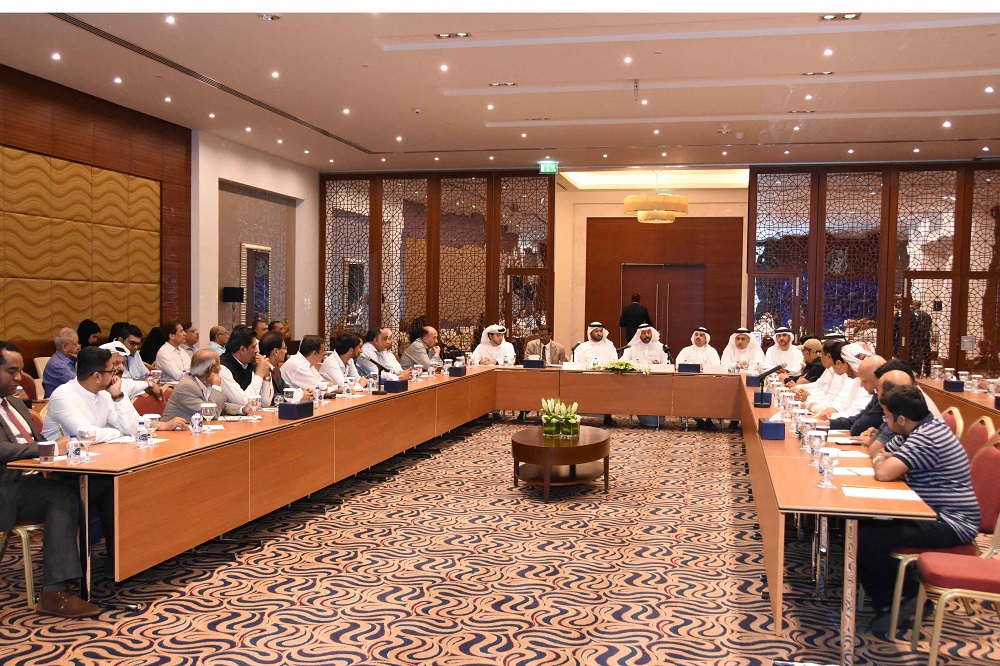 The Sharjah Chamber of Commerce and Industry has announced forming a new mutual committee with the Sharjah Economic Development Department, aiming at studying the current status of the gold and jewellery industry in the Emirate, and responding to the aspirations and requirements of stakeholders in this sector. The new committee comes as a new specialized zone for the gold and jewellery industry is soon to be inaugurated outside the city of Sharjah.

The announcement was made during the consultation meeting between SCCI, SEDD and representatives from the industry, at SCCI in Sharjah, and attended by HE Abdullah Sultan Al Owais, Chairman of SCCI, HE Sultan Abdullah bin Hadda Al Suwaidi, Chairman of Sharjah Economic Development Department (SEDD), and HE Khaled bin Butti Al Hajri, Director-General of SCCI.

The meeting discussed requirements presented by merchants and industrialists, pertaining to the new specialized zone soon to be inaugurated outside the city of Sharjah. Representatives from industry stakeholders expressed their requirements in terms of technical, professional, and HSE standards in the new zone.

During the meeting, SCCI chairman announced forming the mutual committee, which will be tasked with studying technical standards in terms of dedicated space for workshops, interior exterior architecture, and other aspects of the new premises. Further, the committee will study lease value for these spaces so that balanced and steady rates can be achieved to support this vital sector.

Commenting on this, HE Abdullah Sultan Al Owais, Chairman of SCCI, said: “Gold and jewellery is one of the oldest industries in the world. Today, it is in need of further regulations and a strict focus on quality standards and conditions, in order to elevate the industry and move it to the next phase, as well as enhance its contribution to building a sustainable economy in Sharjah, and across the UAE.”

For his part, HE Sultan Abdullah bin Hadda Al Suwaidi, Chairman of Sharjah Economic Development Department (SEDD) highlighted that SEDD, in line with its mandate to control market activity, and in collaboration with SCCI, has studied the current situation of the gold and jewellery industry, with the aim of developing the sector and extending further regulations to its activity.

SEDD, HE continued, concluded that it is important for workshops and stores in this sector to be transferred to a specialized zone outside the city, which will enhance HSE both for city residents and industry specialists. This step also falls in line with international best practices in this sector.

Al Suwaidi also noted that the meeting aimed to discuss concerns and requirements with stakeholders, in order to achieve common understanding and consensus on the standards and conditions required in the new specialized zone.