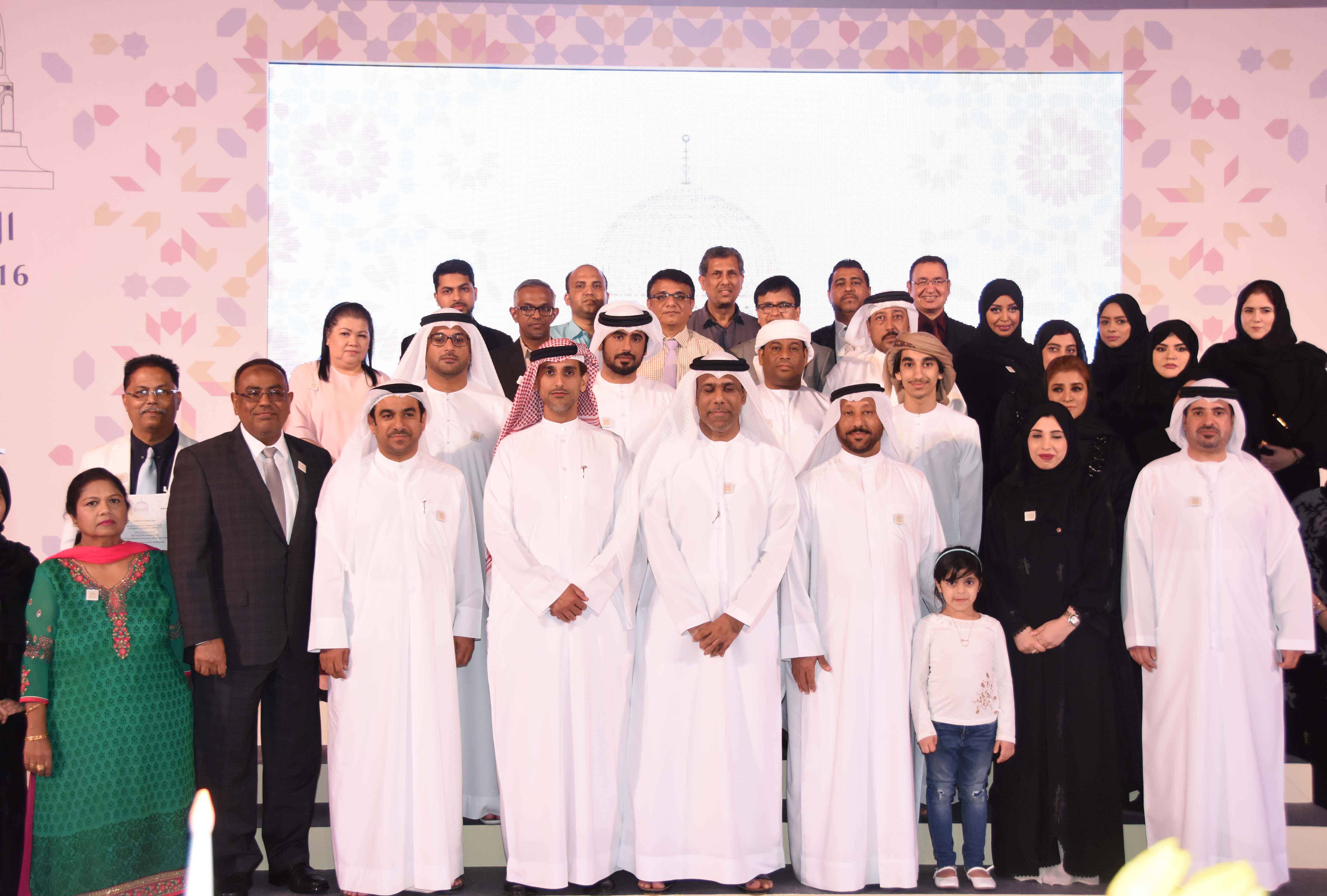 Sharjah Chamber held at Expo Centre its annual ceremony to honor its outstanding staff where the results of the Sharjah Chamber Award for Outstanding Performance for 2016 were announced and awarded winners from the Chamber and its establishments such as Expo Centre and Sharjah International Commercial Arbitration Center.

The ceremony was attended by HE Abdullah Sultan Al Oweis, Chairman of the Board, HE Waleed Bu Khatir, Second Deputy of the Chairman, board members, HE Khaled bin Butti Al Hajeri, Director General, HE Seif Al Midfa, CEO of Expo Centre,  representatives of the Chamber’s strategic partners, sponsors, and staff.

HE Al Oweis stressed that this ceremony “was given much attention as it completed 3 years of the board of directors’ cycle that put in place a strategic plan for the next five years after achieving its goals for three years with parallel strategies for its affiliate establishments such as Expo Centre Sharjah and Sharjah International Commercial Arbitration Center,” and he praised the huge achievements made by the Chamber thanks to working together by all and said “the management and staff have worked together as one team to examine  reality and invest opportunities and advantages through scientific means, creative ideas and innovative approaches towards development with a new vision, a clear mission and achievable goals.”

Al Oweis pointed out some of the Chamber’s achievements and “preparing a qualified second row leadership that enjoys efficiency, expertise and authority, which has fastened the pace of implementing the strategy and improving the overall performance and services presented, and by launching initiatives with creative ideas. Third and fourth row leadership cadre too have been prepared, their skills and abilities honed with courses and actual participation in duties that gave them knowledge and expertise, in addition to making root changes in the organizational structure and its units and preparing job descriptions with their participation, and launching initiatives and projects by the Chamber and its affiliate establishments.”

Al Oweis praised developing and updating the Chamber’s and its affiliate establishments’ services according to modern technology, and strengthening its ties with local, federal, regional and international partners, creating organizational units and developing the existing ones to provide feasible services to members, in addition to balancing the financial scales and achieving conservation without negatively influencing requirements, launching projects and enhancing the Chamber’s position in serving the different segments of society, and achieving its role in instilling social responsibility, and he pointed out that the Chamber motivates its staff and encourages them to present their suggestions for innovation, and allows them room to take part in local and international competitions to showcase excellence, and stressed the Chamber’s keenness on the diversity of the Chamber’s services and means of support that may be of assistance to the Chamber and its affiliate establishments.