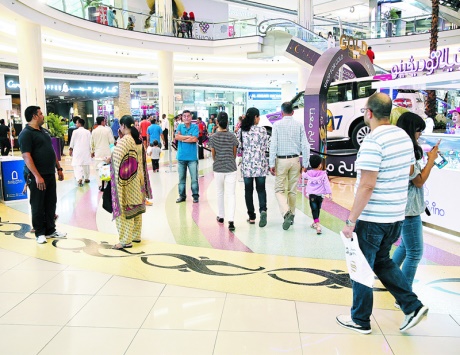 Expo Centre Sharjah has been awarded the Integrated Quality, Environmental and Occupational Health and Safety Management System by Lloyd's Register Quality Assurance, after proving its compliance with international standards in its internal operation systems. This award is regarded as a certificate of compliance with international standards of quality (ISO 9001) environment management system (ISO 14001) and Safety management (18001).

Abdullah Al Oweis, Chairman of Sharjah Chamber, and Seif Al Midfa, CEO of Expo Centre and Chairman of the Arab Union for International Exhibitions and Conferences, received the ISO Certificate for the integrated system from Basem Obaid, Director of Lloyds Register Quality Assurance company, in a ceremony held recently at Sharjah Chamber. Al Oweis stressed that this award confirms the Center’s compliance with the highest international standards and specifications, and expressed his gratitude to Dr. Sheikh Sultan bin Mohammad Al Qassimi, Supreme Council Member and Ruler of Sharjah, for his wise directives and boundless support for the Centre, and to HH Sheikh Sultan bin Mohammad bin Sultan Al Qassimi, Crown Prince and Deputy Ruler of Sharjah, for his close follow-up of the Centre’s development.

Al Oweis stressed that Sharjah Chamber supports Expo Centre to keep its position in the lead of regional commercial and cultural exhibitions, and a permanent premises for conferences in the region, which enhances Sharjah’s status in the international exhibitions industry.

Seif Al Midfa, CEO of Expo Centre, expressed his pride in being awarded this international certificate and said that the Centre this year celebrates its 40th anniversary, and proves year after year its leadership in organizing exhibitions and conferences in the Mena region. For his part, Basem Obaid, Director of Lloyd’s Assurance, confirmed that the center has been awarded the three certificates after a process of auditing and evaluation undertaking by Lloyd’s that comprises all of its systems and procedures as practiced.