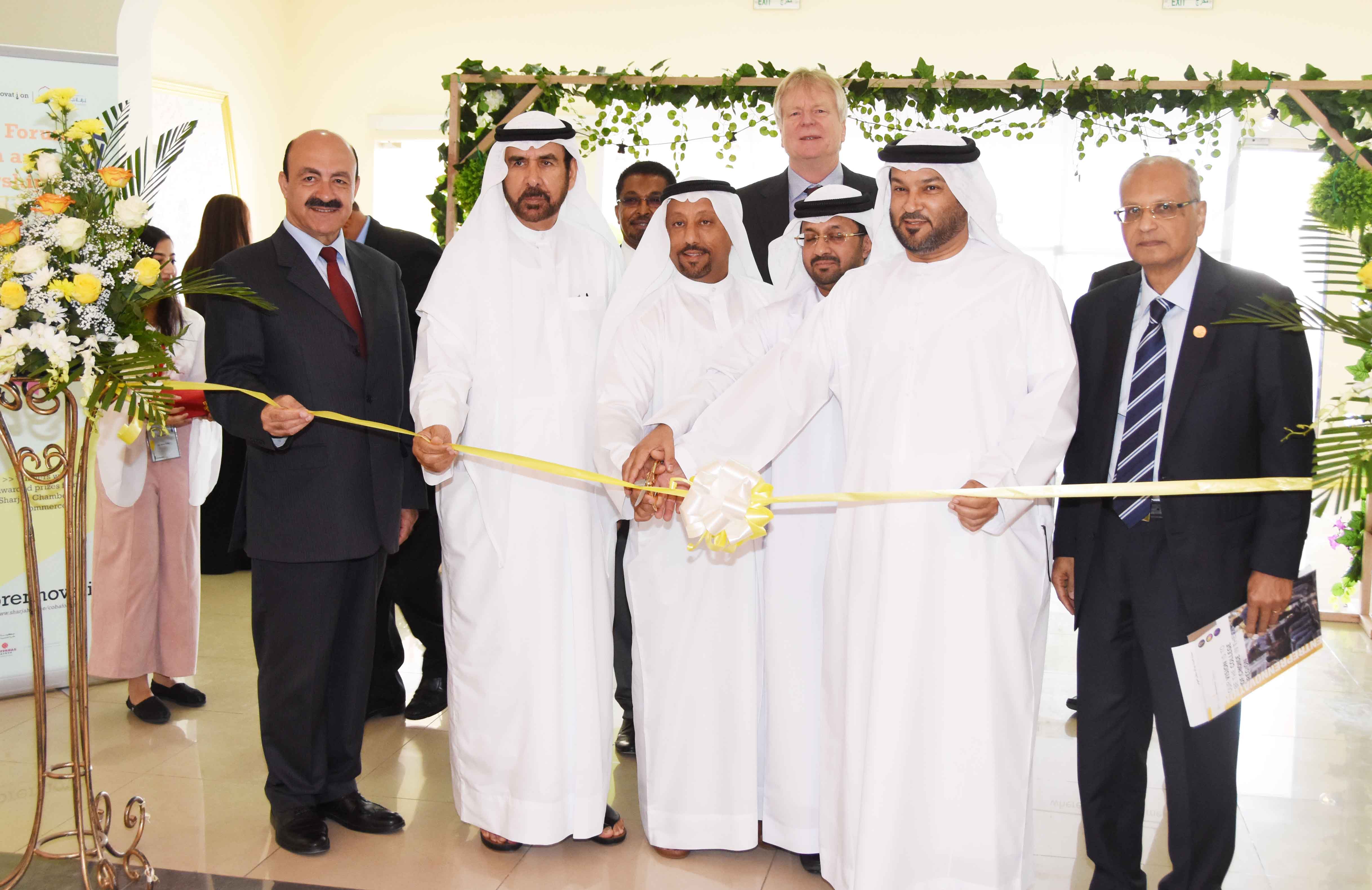 The Business Administration College at Sharjah University organized the second edition of the international Innovation and Entrepreneurship Forum over a period of three days, in cooperation with Sharjah Chamber of Commerce and Industry (SCCI) and the Economic Development Department, comprising a laboratory for innovation that allowed students to learn methodologies and applications of innovation and gain skills and knowledge on entrepreneurship.