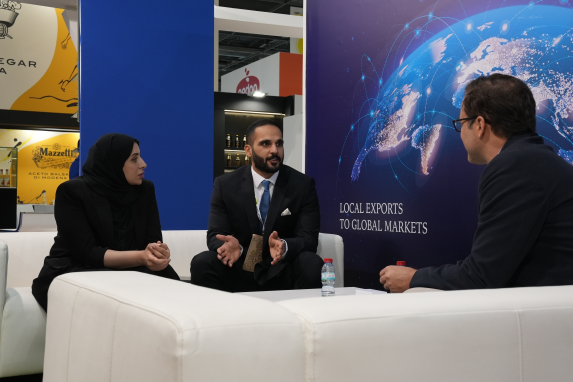 The Centre represented the Emirate of Sharjah in the exhibition, with its pavilion housing a number of government and private institutions, as well as major national factories specializing in the manufacture and trade of foodstuffs in Sharjah

The Centre represented Sharjah with a pavilion housing a number of government and private institutions, as well as major national factories specializing in the manufacture and trade of food products in Sharjah.

Over the course of the five-day event the centre showcased the investment opportunities available in Sharjah’s food industry sector, highlighted the emirate’s products and opened up new markets for exports.

Abdulaziz Shattaf, Assistant Director-General of the Communications and Business Sector at the SCCI, stressed that the SEDC has provided an ideal platform during the event to support Emirati companies by giving them an opportunity to meet and network with major international companies and manufacturers.

"The centre has also promoted national companies, which are as experienced as their international competitors, thus enhancing the presence of the "Made in the UAE" brand in foreign markets. The event has also helped UAE companies exchange expertise with international peers, get better acquainted with the best practices in the field and open up new markets that would contribute to increasing the volume of trade between Sharjah and other nations in this vital sector, "Shattaf said.