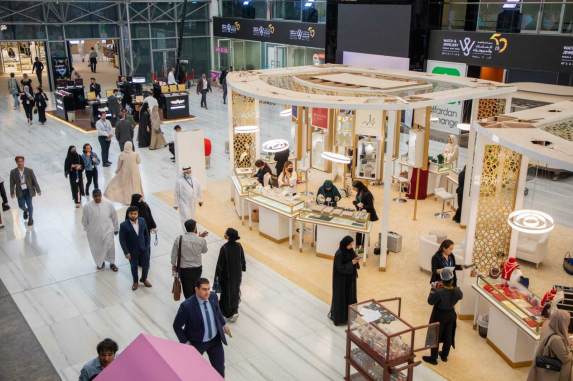 With more than 900 renowned local and global brands taking part at the 50th (golden jubilee) edition of the Watch and Jewellery Middle East Show, which continues until October 9 at Expo Centre Sharjah, 20 Emirati female designers managed to attract  visitors to  the Emirati Jewellers platform, launched by Sharjah Chamber of Commerce and Industry, with the aim to support young Emirati talents in jewellery designing and showcase their artistic works at the important event.

H.E Abdallah Sultan Al Owais, Chairman, said that supporting Emirati entrepreneurs and talents is a priority, and the Watch and Jewellery Middle East Show has always been supporting Emirati designers through such initiatives as the Emirati Jewellers platform. He added that over more than eight editions, the platform has been able to provide an window opportunity for Emirati designers to enter the world of goldsmithing and jewellery in Sharjah and UAE, and it succeeded in attracting talents to the jewellery design and trade sector so as to develop their crafting and marketing skills. He pointed out that the platform attracted more than 46 Emirati female designers and sponsored the Qelada project, launched by the Ministry of Community Development, to support female designers of determination. Al-Owais underlined the participation of the youngest Emirati female jeweller along with many other female designers who presented impressive gold and jewellery designs.