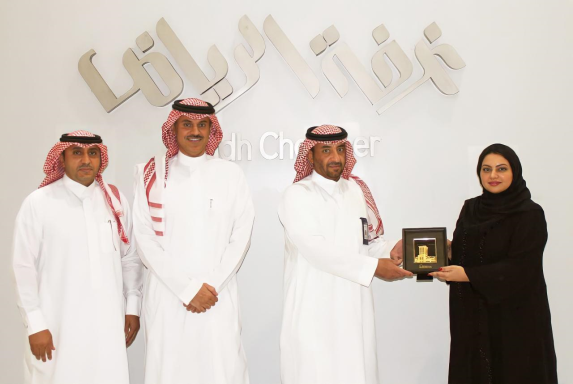 The Sharjah Excellence Award tour began in Riyadh, the capital of the Kingdom of Saudi Arabia. The delegation for the tour included Nada Al Hajri, General Coordinator of the Sharjah Excellence Award, and Amal Al-Husni, Head of the SCCI Media Department, in addition to officials from the Riyadh Chamber of Commerce and Industry who also attended the meeting, including Sami Al-Eiban, Director General of Subscription Management, Abdul Rahman Al-Shaiki, Director of Quality Management, and Mohammed Al-Akassi, Director of Policies Management.

The meeting went over the Awards' participation terms and requirements in depth, as well as the registration process via the Sharjah Excellence Award's website. It also emphasized the evaluation criteria and standards for both awards, and the benefits and values that will be granted to the winners.

Nada Al Hajri noted that the tour schedule included numerous meetings with quality management officials from various gulf chambers of commerce and industry. In addition, several induction meetings were arranged in collaboration with the chambers of the countries visited.

Al Hajri highlighted SCCI’s keenness to spread and enhance institutional excellence and applied quality standards throughout the Gulf business community. This could be achieved through the enhancement of institutional governance, adherence to the highest quality standards, application of the global best practices, sustainable investment in human resources, the promotion of an innovative and creative culture, and the development of social responsibility and environmentally responsible practices.