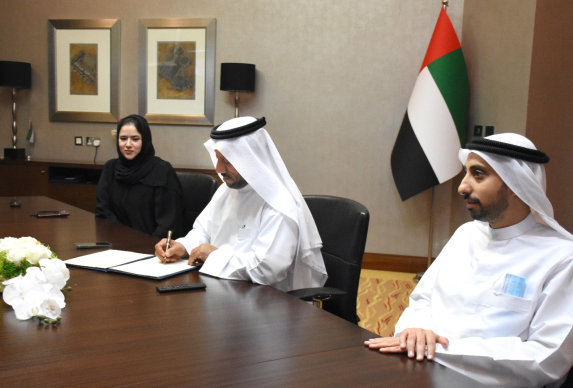 The move also affirms the keenness of both sides to strengthen ties between businessmen and economic institutions in order to achieve the common goals that the two brotherly countries aspire to.

Under the agreement, the two sides will work to facilitate the implementation of all means that support cooperation between companies and businessmen by encouraging the concerned companies to conclude commercial and economic agreements and contracts between the two countries.

The agreement also provides for the exchange of trade delegations and the assistance and possible facilities to businessmen, as well as the organization of meetings for representatives of the two countries, in order to examine means to implement this agreement and propose measures to ensure the continuity and development of economic relations.

The agreement was signed virtually by HE Abdullah Sultan Al Owais, Chairman of the Sharjah Chamber, and Eng. Faraj Dribel Amer, President of the Tripoli Chamber in Libya.

The two sides agreed to exchange economic information with the aim of developing cooperation and promoting trade exchange in the two countries through studying and introducing markets. They also stressed the need to work together to organize seminars, panel discussions, and conferences held by commercial and economic institutions and houses of expertise, with the aim of identifying investment trends and exchanging information related to the commercial and economic laws, as well as participating in exhibitions, markets, commercial activities and other events of economic concern held in both countries