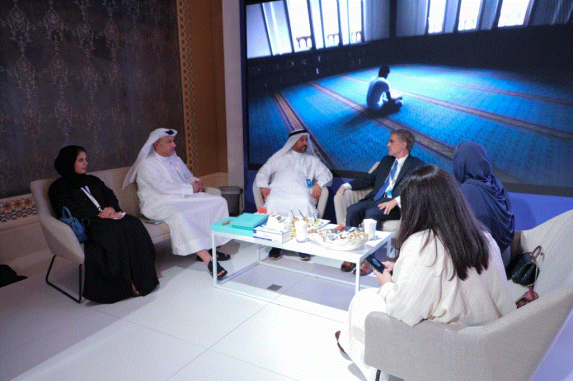 The meetings discussed ways to enhance joint cooperation, learn about best practices and investment opportunities in many vital sectors, and highlighted the importance of organizing continuous meetings between businessmen with the aim of forging partnerships, exchanging experiences and visits.

Abdullah Sultan Al Owais also met with His Excellency Marcelo Elizondo, President of the International Chamber of Commerce in Argentina, during which the two sides explored cooperation prospects and the services available on each side.

They also exchanged views and proposals on organizing joint economic events, visits and trade missions between the two countries to serve the private sector and strengthen relations between Sharjah and Argentina.

His Excellency Abdullah Sultan Al Owais also met with His Excellency Saud bin Abdulaziz Al-Mashari, Secretary-General of the Federation of Chambers of the Gulf Cooperation Council, where the two sides stressed the importance of focusing on projects with an integrative strategic dimension in the economic and development field, and supporting the private sector due to its vital role and contributions to the economies of the GCC states.