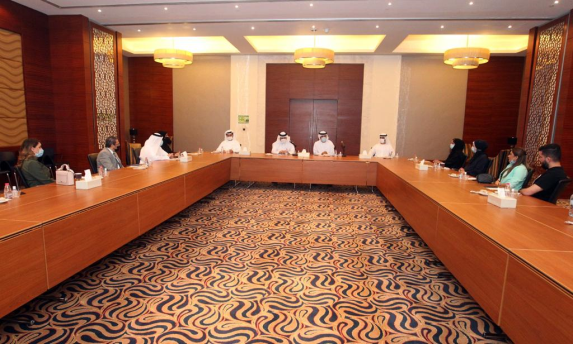 The Sharjah Chamber of Commerce & Industry, SCCI, is preparing for launching the 2nd edition of “Sharjah Shopping Promotions” to support the emirate’s retail sector, boost sales, and revitalize markets, which have been affected by Covid-19 repercussions.

This was stated during the coordination meeting the SCCI recently held under the chairmanship of Ibrahim Rashid Al Jarwan, Director, SCCI Economic Relations and Marketing, in the presence of the representative committee of the shopping centers sector business group, representatives of a number of relevant government agencies and institutions, including the Department of Economic Development, Sharjah Municipality, and Sharjah Commerce and Tourism Development Authority.

The meeting touched on the preparations of the shopping malls and retail stores for the 2nd edition of the largest event of its kind, in addition to discussing the appropriateness of the launch date of the campaign which will run from 17 December 2020 to 13 February 2021, the percentage of the discounts that will be offered, and the accompanying recreational activities that will be announced later in a press conference.

Ibrahim Rashid Al Jarwan said: “The launch of the 2nd edition comes in line with the directives of His Excellency Abdullah Sultan Al Owais, Chairman of the Sharjah Chamber of Commerce & Industry, following the outstanding success of the 1st edition and at the behest of the shopping centers, especially that the first edition has witnessed a high turnout of visitors who took advantage of the discounts ranged from 25% to 75% on various brands and consumer goods, as well as the weekly raffle draws on a large number of valuable prizes.

Al Jarwan noted that the 2nd edition offers the shopping malls a 50% waiver of the participation fees, besides the exemption of shopping centers and retail stores in the central and eastern regions from the participation fees, stating that new activities and events will be launched to attract more visitors and shoppers from across the country, with the strictest precautionary measures in place.