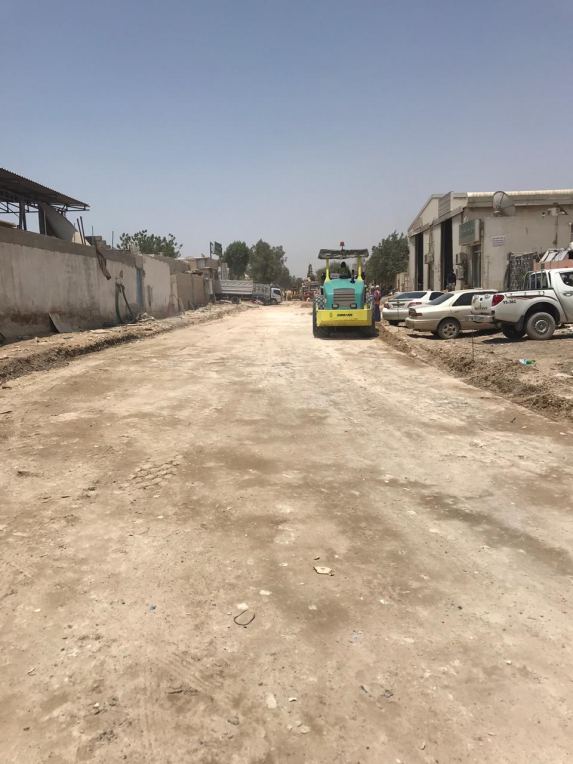 The Sharjah Chamber of Commerce & Industry, SCCI, has recently announced the completion of 15% of the infrastructure development project for the 10th industrial zone in Sharjah. The project is held under the patronage of His Highness Sheikh Dr. Sultan bin Muhammad Al Qasimi, Member of the UAE Supreme Council and Ruler of Sharjah, and in collaboration with the Sharjah Department of Town Planning and Survey, Sharjah Roads and Transport Authority (SRTA), and Sharjah Electricity and Water Authority (SEWA).

The project was launched last February with the aim of reconstructing the whole area, providing the best services to the people, promoting the Emirate’s competitiveness and developing its economic environment and its investment attractiveness and enhancing its sustainable development.

The total cost of the project is 88 million dirhams and it is expected to be completed before its deadline, while the technical committee of the project explained that the reconstruction process is divided into three phases throughout 18 months, pointing out the first phase, which includes rainwater, water, gas, and electricity networks, is nearly completed.

The second phase is focusing on the road pavement, including the construction of internal roads and parking lots with entrances and exits for existing facilities in the area, in addition to installing a modern water network, upgrading the communications network, and developing an integrated security system that includes a surveillance cameras network covering the entire area.

His Excellency Abdullah Sultan Al Owais, Chairman, SCCI, said that the project implementation process is in full swing despite the restrictive measures of the National Sterilization Program that have slightly affected the speed of implementation, noting that the construction companies have been keen that excavation and reconstruction works will not affect the interests of the existing facilities, through the provision of appropriate entrances and traffic diversions, pursuant to the SCCI’s and partners’ instructions.

“This project reflects the solid partnership between public and private authorities to scale up the economic sectors in Sharjah and to enhance its cultural and economic development process,” he said.

Al Owais underlined that project is a foundation for future projects covering the entire industrial and commercial sectors in Sharjah to enhance its competitiveness and attractiveness, stressing that the SCCI is always eager to develop strategies supportive of the industrial sector.

This comes as part of the SCCI’s key role to promote and enhance the role of the industrial sector, as this would help reinforce the position of the Emirate as one of the global destinations for industries and a gateway to industrial supply across the Middle East, through the provision of all technical means and stimulating mechanisms, as part of the fruitful cooperation with partners, members, and the competent authorities. This would help diversify income sources in Sharjah and invest its resources in achieving the objectives of the sustainable development process.

His Excellency Engineer Salah Bin Butti Al Muhairi, Vice-Chairman of the Sharjah Urban Planning Council (SUPC) and Chairman of the Authority of Initiatives Implementation and Infrastructure Development (AIIID), said: “The Emirate of Sharjah is one of the most important industrial centers across the country and Gulf region. This project, in accordance with the directives of H.H. the Ruler of Sharjah, is adopting the innovative concept in Sharjah’s industrial sector which is the largest economic sectors. This sector accounts for 17% of the Emirate’s GDP and it attracts the attention of a large segment of society, ss a result of its importance, positive contributions, and economic dimensions. Accordingly, the tenth industrial zone in Sharjah was chosen as a trailblazing project to upgrade its infrastructure facilities and we hope to achieve the work before September 2021.”

“The numerous positive aspects of this projects motivate us to repeat the experience in the other industrial areas,” he added.