SCCI Reaffirms Commitment to Support to the Private Sector in Sharjah 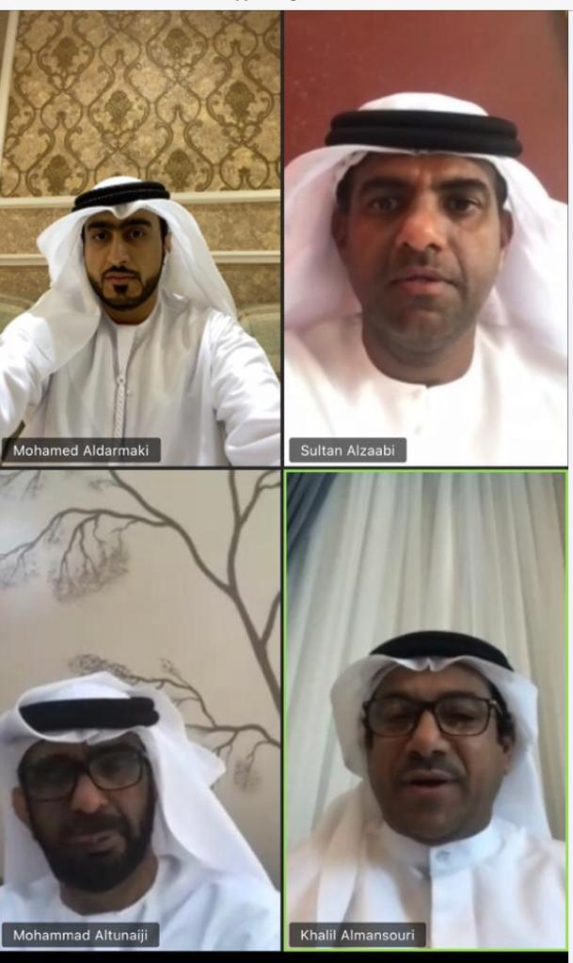 The Sharjah Chamber of Commerce & Industry, SCCI, has underlined its keenness on the constant coordination with the private sector to support its activities in the Emirate of Sharjah in general and in the eastern and central regions in particular through the efforts of the branches of the SCCI in these cities and to create an enabling environment to enhance the private sector's role in the domestic economy, in light of the consequences of the new coronavirus (COVID-19) outbreak.

This was stated during the recently held virtual meeting between the directors of the SCCI’s branches in the eastern and central regions.

Khalil Al Mansoori said: “This meeting is held in accordance with the directives of His Excellency Abdullah Sultan Al Owais, the SCCI’s Chairman, to provide the best services for the private sector in the eastern and central regions and to enhance the competitiveness of business environment in the current circumstances. This would help consolidate the SCCI’s role as a representative and advocate for the interests of the business community in Sharjah.”

The meeting also aimed at following up on the implementation of the recently adopted stimulus package by the Sharjah government to support the interests of the government and private institutions, business sectors, including the seven initiatives of the SCCI which featured the exemption of the participating stores from the Central and Eastern Regions (Al Dhaid - Kalba - Khorfakkan - Dibba) from participation fees in the marketing campaigns organized by the SCCI for the year 2020.

Al Mansoori emphasized the importance of holding such meetings, under the follow up of the SCCI’s Director-General, to learn closely about the latest updates and to come up with initiatives serving the business community, as well as to find the mechanisms for the implementation of operational plans and programs in line with the SCCI’s strategy aimed at fostering the trade movement to meet the aspirations of economic institutions.

Furthermore, the meeting shed light on the measures taken by the SCCI’s branches to battle the spread of COVID-19 such as the remote work system and the daily sterilization of the buildings, in addition to expanding the scope of the electronic services through the website or the smart apps and spotting to what extent the SCCI customers are using such tools.