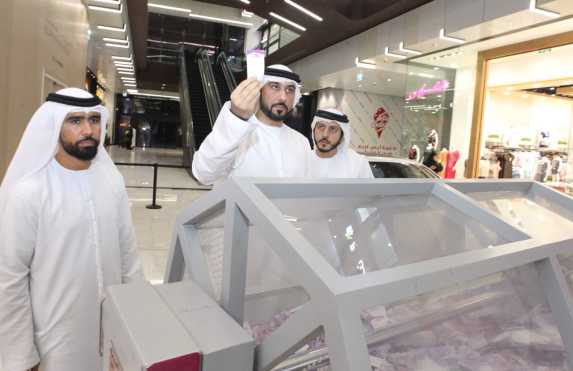 The Sharjah Chamber of Commerce and Industry (SCCI) closed the curtains on the Sharjah Ramadan Festival 2018 , with a special ceremony that featured the announcement of the winners for the raffle draws that were organized by the festival organizing committee at various shopping destinations across the emirate of Sharjah. The 33-day Sharjah Ramadan Festival was organized by the SCCI, in cooperation with a number of public and private institutions in the emirate, and with the participation of both Emirates Airline and the Arabian Gulf Mechanical Centre (AGMC)as official sponsors for the festival. The SCCI announced that the festival has achieved remarkable success, which is reflected in the public’s satisfaction for the various events and activities that were held during the festival. The final raffle draw ceremony of the festival, which took place at Zero 6 mall, was attended by Hameed Al Khayal, Chairman of the Committee of raffle draws; Mohammed Al Khayal, Member of the Committee; and representatives of the festival’s sponsors. The prizes included a 2018 BMW vehicle, which is one of the 6 vehicles that were given out through raffle draws across the Emirate. The prizes also included a 3-night trip to Turkey with Emirates Airline for 2 people at a 5-star hotel, in addition to other various prizes that were handed out during the festival. HE Mohamed Ahmed Amin, Acting Director-General of the Sharjah Chamber of Commerce and Industry, stated that chamber is constantly developing the Sharjah Ramadan Festival in order to enhance the festival’s role in elevating Sharjah’s economy, and to increase the happiness of both residents and visitors, as part of the chamber’s commitment to translate the vision of the wise leadership during the Year of Zayed. Amin added that the chamber’s surveys indicate that there was a higher level of satisfaction for the festival among residents, visitors and traders, when compared to the previous year. He revealed that the festival has helped in energizing the emirate’s economy, and that the chamber is looking forward to further develop and improve the festival in its upcoming editions. Ibrahim Rashid Al Jarwan, Director of Economic Relations and Marketing at the SCCI and Coordinator of the festival, expressed the Sharjah Chamber’s gratitude for both the public and private institutions that participated in making the Sharjah Ramadan Festival 2018 a success. He also praised the participation of both Emirates Airline and the Arabian Gulf Mechanical Centre as official sponsors. Al Jarwan pointed out that the festival witnessed the participation of various shopping malls and retail outlets that have launched a variety of shopping discounts on goods and brands, with offers up to 80% off, which helped in attracting a large number of the country’s residents and visitors to the emirate in order for them to take advantage of the available promotions. The 29th edition of the Sharjah Ramadan Festival witnessed the participation of around 2000 shopping destinations that included various large malls and retail outlets across the emirate. The festival also featured prizes worth more than Dh2 million that were given out to visitors.