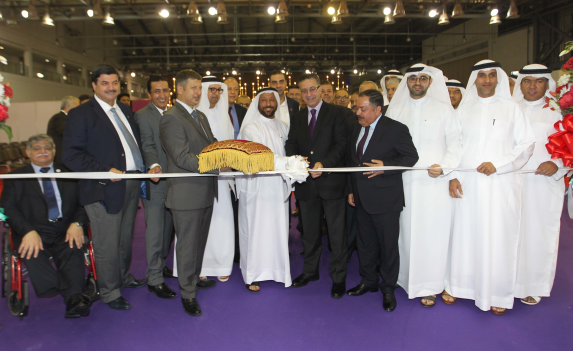 The inaugural Jordan Consumer Show 2018 was inaugurated by HE Abdallah Sultan Al Owais, Chairman of the Sharjah Chamber of Commerce and Industry (SCCI); and HE Eng. Yarub Qudah, Minister of Industry Trade and Supply. The show’s launch was also attended by a number of Board of Directors from both the SCCI and Expo Centre Sharjah, in addition to a number of government officials and representatives from business communities in the UAE and Jordan. The exhibition was organized by the Jordan Business Council and will be take place over a period of 6 days.

Aiming to enhance the strong bilateral trade ties, the exhibition will offer the trade community and general public in the UAE and the rest of the GCC countries direct access to all small, medium and heavy industrial as well as other products and services from Jordan.

“Jordan is one of the most important trade partners of the UAE. It is indeed a pleasure to host a consumer fair showcasing products and services from a fellow Arab state. Expo Centre has always focused on country shows and with Jordan we are hosting one from the Arab World for the first time,” said HE. Saif Mohamad Al Midfa, CEO, Expo Centre Sharjah.

HE Abdallah Sultan Al Owais, Chairman of the Sharjah Chamber of Commerce and Industry (SCCI), stressed that the chamber is keen to promote trade exchange and cooperation between Sharjah and Jordan. He added that the friendly relations between both countries witness continuous development due to the wise guidance of the leaderships of both countries, and that the development is also in line with the directives of His Highness Dr. Sheikh Sultan bin Mohammed Al Qasimi, Supreme Council Member and Ruler of Sharjah, to promote Arab integration in all avenues.