Emirates Franchise Completes its Accession to the International Franchise Association 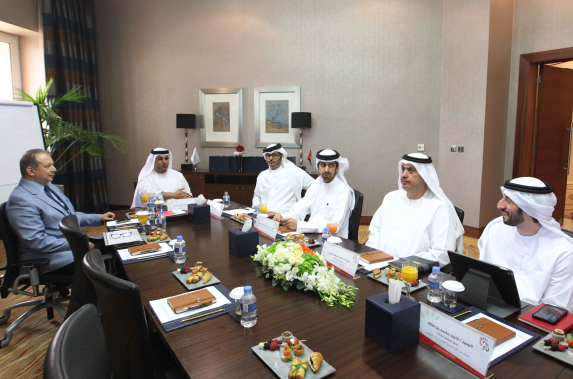 In a meeting hosted by Sharjah Chamber of Commerce and Industry (SCCI) and attended by the Secretary-General of the International Association of Excellence, the Board of Directors of the Association reviewed the conditions and mechanisms for achieving permanent membership of the Association after earning the designation of an observer member last October.

HE Mohammed Hilal Al Muhairi, director general of Abu Dhabi Chamber of Commerce and Industry and chairman of Emirates Franchise Development Association stressed the Association’s endeavors to achieve its full and permanent membership in the International Association of Excellence as soon as possible in order to make up most use of the franchise sector across the UAE and exchange expertise, in order to consolidate entrepreneurial thinking and encourage young Emiratis to adopt the concepts of research, innovation and creativity in their future projects.

Al Muhairi said that the Association is working hard through its new strategy to enhance its role and make an effective contribution to the provision of services, counseling, and guidance to entrepreneurs in the field of franchises in accordance with the directives of the wise leadership to support and empower young Emiratis economically through preparing and qualifying them scientifically and practically to carry out all economic activities on an advanced professional level and best international practices in this field, adding that the Association looks forward to cooperating with the International Association of Excellence, which will contribute to the development of franchise opportunities in the UAE to cover various sectors of the economy and specifically in the fields of industry, services, tourism, education and health so as not to be limited to the food and beverage sector only. Al Muhairi expressed his thanks to Sharjah Chamber for hosting the Association's meeting with the International Association of Excellence, and commended its pioneering initiatives in this field.

HE Mohammed Ali Hilal Al Hazmi, board member, Sharjah Chamber,  and vice chairman of the Emirates Association for the Development of Franchise, expressed Sharjah Chamber's delight in hosting the Board meeting of the Emirates Franchise Association and stressed the Chamber’s keenness to support all efforts made by the Association to achieve it Strategy Plan 2018-2020, as part of the Chamber’s endeavors to assist entrepreneurs and SMEs, in line with the directives of the wise leadership of the UAE and the wise vision of His Highness Dr. Sheikh Sultan Bin Mohammed Al Qassimi, Member of the Supreme Council and Ruler of Sharjah, to harness all efforts to help entrepreneurs and Emiratis and encourage them to make innovation part of their work culture to enhance their role and contributions to the journey of comprehensive development witnessed by the UAE and accelerate its transformation towards a knowledge economy.

Al-Hazami pointed out that the launch of the Association's functions within the framework of its ambitious strategic plan augurs well and establishes a new stage of work and promising projects that serve the pioneers for the benefit of entrepreneurs across the UAE. He said that the Association will form an umbrella for young Emiratis to establish their own projects through franchises and the promotion of a creative entrepreneurship culture as a tool for investment and business development.

Al-Hazami added that Sharjah Chamber has spared no effort in providing an innovative platform for the pioneers of this sector to enhance their business growth and prosperity, which has been going on for many years through providing facilities, launching awards, providing incentives and organizing awareness events among others, as part of the Chamber’s strategy to participate actively in the promotion of the policy of economic diversification adopted by the UAE and as the first representative of the private sector across Sharjah emirate, and he expressed his gratitude to His Excellency Abdullah bin Sultan Al Owais, Chairman of the Board of Sharjah Chamber, for providing facilities to host the Association’s meeting with the participation of the International Association of Excellence, as well as for supporting the Association and all its efforts to upgrade the UAE’s franchise sector.

Zaki noted that the UAE Franchise Association was accepted as an observer in October 2017 and expressed his expectation that full membership will be achieved by November 2018. He explained that membership of the UAE Association in the International Association would contribute to the implementation of the best Franchise global practices in the UAE, introducing UAE-based entrepreneurs to the advantages of the franchise system and facilitate their mission to penetrate markets overseas. There are more than 40,000 franchises under the franchise system that contribute about 3% of the world's Gross Domestic Product.

As part of its Strategic Plan 2018-2020 the UAE Franchise Association is organizing the UAE's franchise businesses and activities to achieve good practices and protect the rights of all parties, particularly UAE brand entrepreneurs, to expand globally and provide them with information.

The UAE Franchise Association is one of the initiatives of the Abu Dhabi Chamber of Commerce and Industry (ADCCI), an independent federal institution and the first of its kind in the Gulf to promote the growth of small and medium enterprises in the first place and to promote and market products made by Emiratis in all fields as an umbrella that provides training and marketing for entrepreneurs and their brands and  local companies interested in the Franchise at the federal level to open  branches abroad. The Association is the first institution in the GCC countries concerned with the franchise sector to join the International Association of Excellence as an observer.