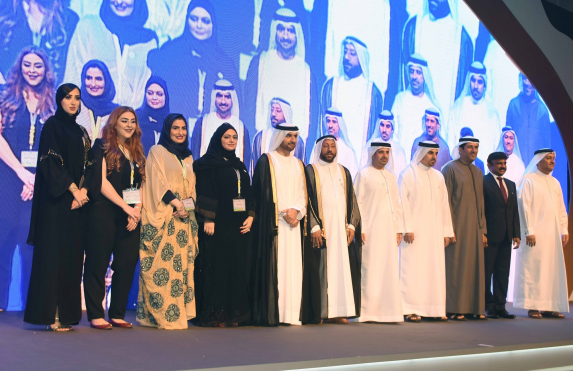 Under the wise vision of His Highness Dr. Sheikh Sultan bin Mohammed Al Qasimi, Supreme Council Member and Ruler of Sharjah, with the attendance of His Highness Sheikh Abdullah bin Salem Al Qasimi, Deputy Ruler of Sharjah, the Sharjah Chamber of Commerce and Industry (SCCI) honored the winners of the Sharjah Economic Excellence Award 2017, during an annual ceremony that was held yesterday at Expo Centre Sharjah.

Activities of the Ceremony

The Sharjah Chamber has attached a cash prize to the Award categories of “Sharjah UAE Startups Award 2017” and “Sharjah Entrepreneurs Award 2017,” in its efforts to both spread the culture of excellence among the private sector and to support young investors and motivate them to excel. Nominations for the award are evaluated on the basis of professionalism, leadership and measurable results. Each winner of the “Sharjah UAE Startups Award 2017” receives a cash prize of Dh50,000 and each winner of the “Sharjah Entrepreneurs Award 2017” receives Dh25,000.