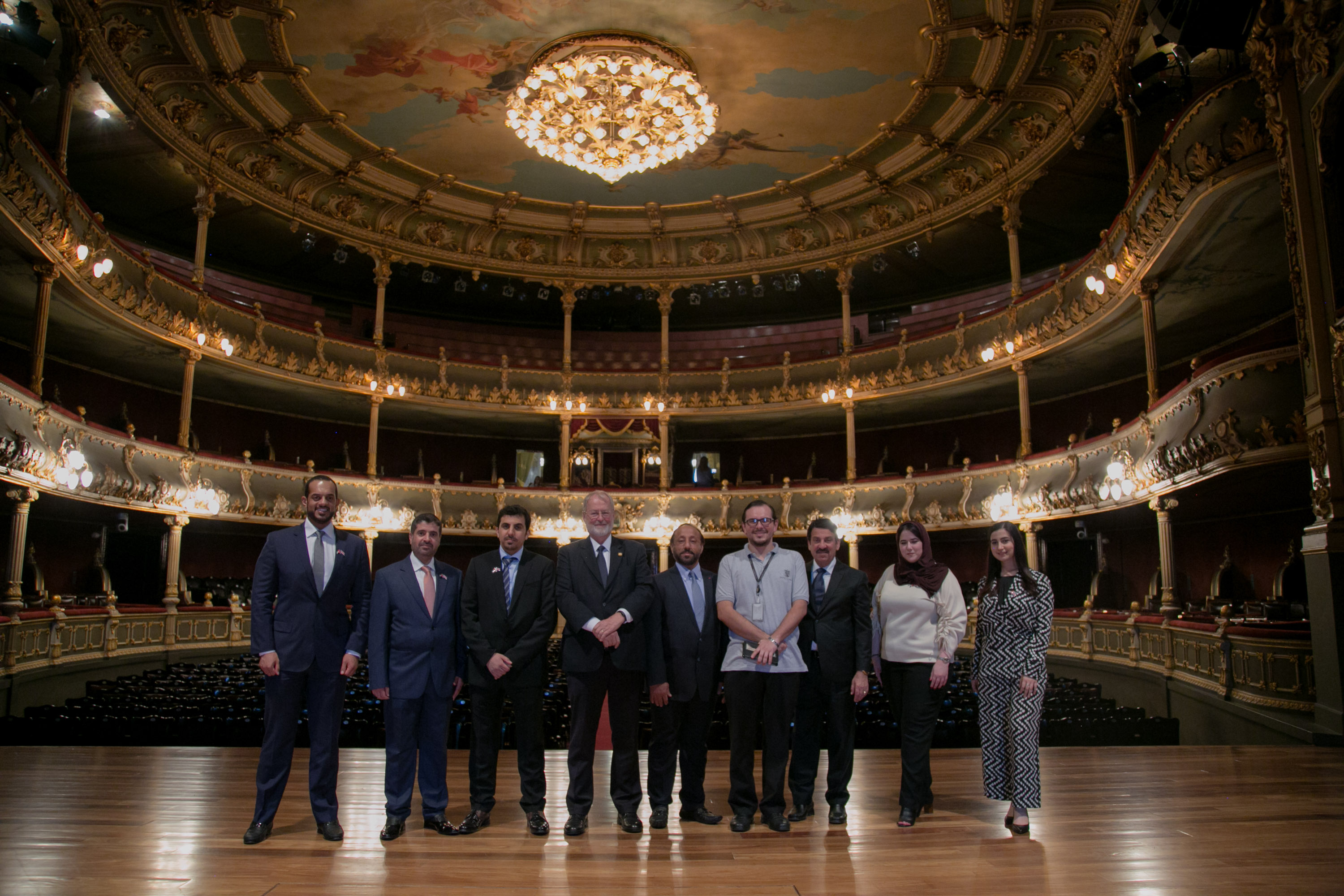 The UAE-KSA Joint Trade Mission concluded the second stop of its African tour yesterday, where it held the “UAE-KSA-Uganda Trade and Investment Conference” in the Kenyan capital of Nairobi with the participation of more than 60 businessmen and investors from the UAE and Saudi Arabia. The trade mission was organized by Sharjah Chamber of Commerce and Industry (SCCI), in cooperation with the Department of Economic Development (DED) in Abu Dhabi and the Saudi Export Development Authority.

The meeting was attended by HE Abdallah Sultan Al Owais, Chairman of the SCCI, HE Adan Mohammed, Cabinet Secretary for Ministry of Industry, Trade and Cooperatives, HE Hassan Issa Al Hosani, Minister Plenipotentiary at the UAE Embassy in Kenya, HE Dr. Mohammed Khayat​, Saudi Ambassador to Kenya, HE Richard Ngatia, Chairman of the Nairobi Chapter of the Kenya National Chamber of Commerce and Industry, HE Moses Ikiara, Managing Director of the Kenya Investment Authority, as well as a large number of government officials and representatives from the Kenyan business community.

Mohammed stated that Kenya’s exports reached about 309 million dollars in 2016. The most important exports were of tea and petroleum oils. Kenya’s imports from the UAE during the same period reached about 914 million dollars, which included petroleum oils, copper and lemon. He also pointed out that there are many possibilities to expand trade between both countries despite the low levels of trade between them.

He then said that the Kenyan government has set a policy of continuous measurement of the investment and business environment to achieve prosperity and is seeking through the Kenya Investment Authority to facilitate all requirements of foreign businessmen to start business. He also added that Kenya is an entry point to East and Central Africa that provides access to a market of more than 600 million people. Kenya is a regional center that serves Africa and the rest of the world, which makes investment in Kenya a huge place in the African market.

Adan Mohammed, Cabinet Secretary for Ministry of Industry, Trade and Cooperatives, stated that the presence of the UAE-Saudi trade mission in Nairobi to discuss ways of boosting economic and trade relations with Kenya indicates the eagerness of both sides to develop relations and build new partnerships in order to consolidate strategic economic relations that have reached advanced stages.

Mohammed said that the Trade & Investment Conference represents the advanced stage of these relations, pointing out that the trade exchange that Kenya, the UAE and Saudi Arabia has achieved between them is remarkable in the  recent period compared to the past few years. He noted that there are lucrative business and investment opportunities that can be exploited for both sides and the establishment of joint ventures, especially since Kenya is a country with many natural elements, as well as an active air traffic that connects these countries.

Hassan Issa Al Hosani, Minister Plenipotentiary at the UAE Embassy in Kenya, praised the efforts of Sharjah Chamber of Commerce and Industry in organizing this Trade and Investment Conference that will enhance the efforts of the UAE in supporting economic relations between both countries.

Al Hosani reviewed the history of the UAE-Kenyan relations during his speech, especially on the economic level, pointing out the most important memorandums of understanding signed between both countries on the economic side, which has played a vital role in developing these relations.