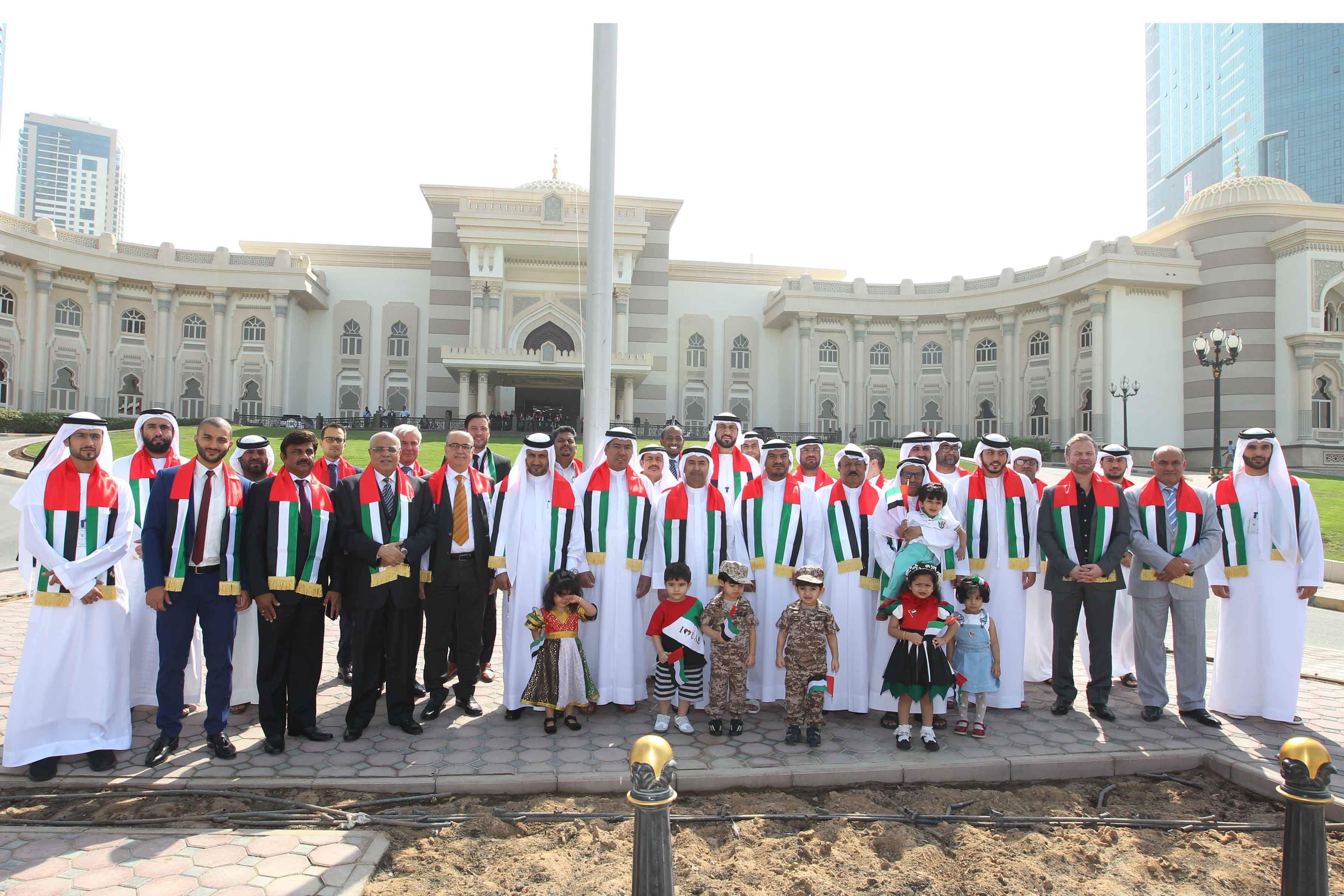 Sharjah Chamber of Commerce and Industry celebrated Flag Day and took part in the in the initiative of His Highness Sheikh Mohammd bin Rashid Al Maktoum, Vice President and Prime Minister of the UAE, Ruler of Dubai, launched in 2013 to celebrate the third of November of every year as Flag Day, which coincides with the anniversary of His Highness Sheikh Khalifa bin Zayed Al Nahyan, President of the UAE, assuming the presidency of the state.

The national anthem was played and the flag of the UAE was raised in front of the main building of the Chamber in moments of pride in which the participants expressed their love for their country and their leaders. A number of senior officials, members of the business community and Sharjah Chamber’s staff took part, with the participation of children from the Chamber’s “My Little Chamber” nursery to express their belonging and loyalty to their homeland.