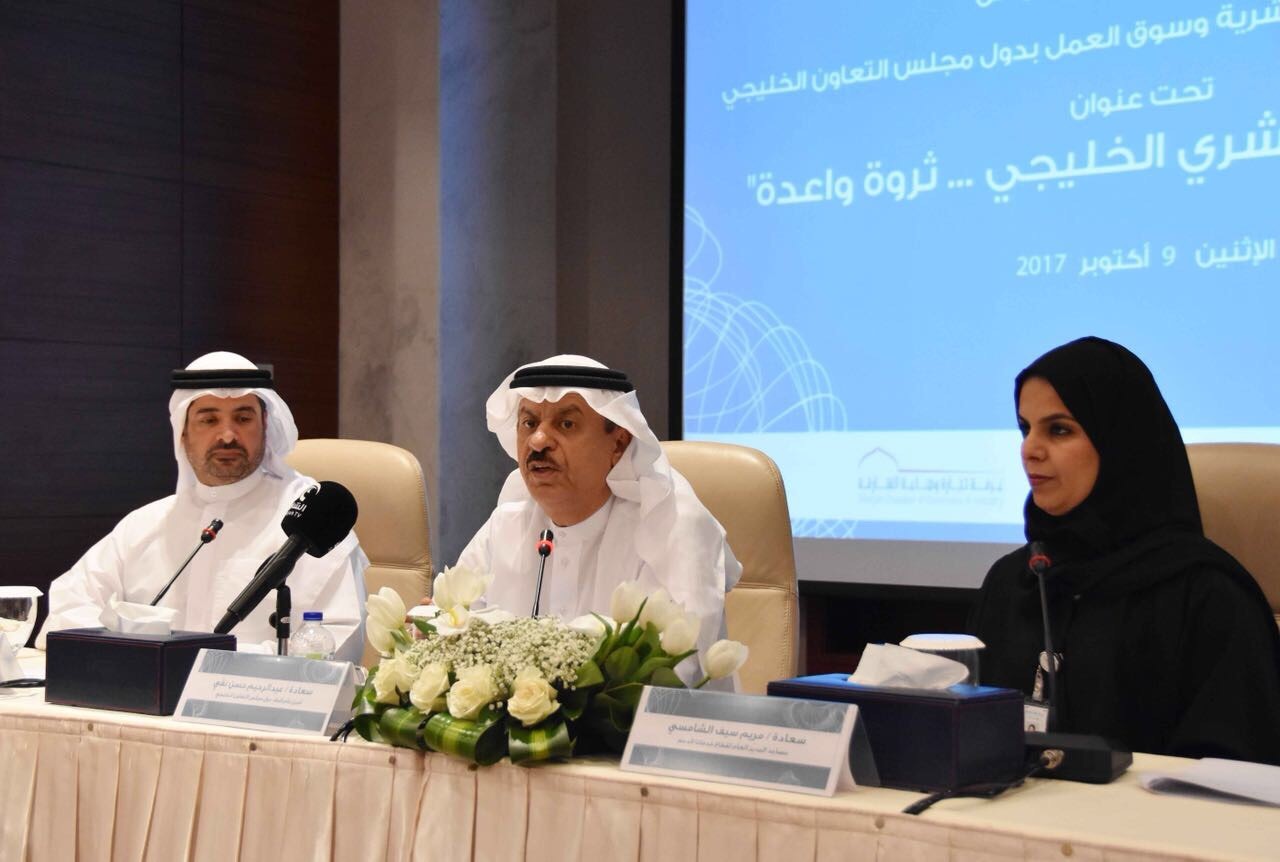 Sharjah Chamber of Commerce and Industry, organizer of this event, has announced, through a press conference that was held at its headquarters, the agenda of conference, to be held October 15 – 16, under the theme “GCC Human Capital… A Promising Wealth”, in collaboration with the general secretariat of the Gulf Cooperation Council for the Arab States of the Gulf, and the GCC Federation of Chambers and the Arab Labour Organization.