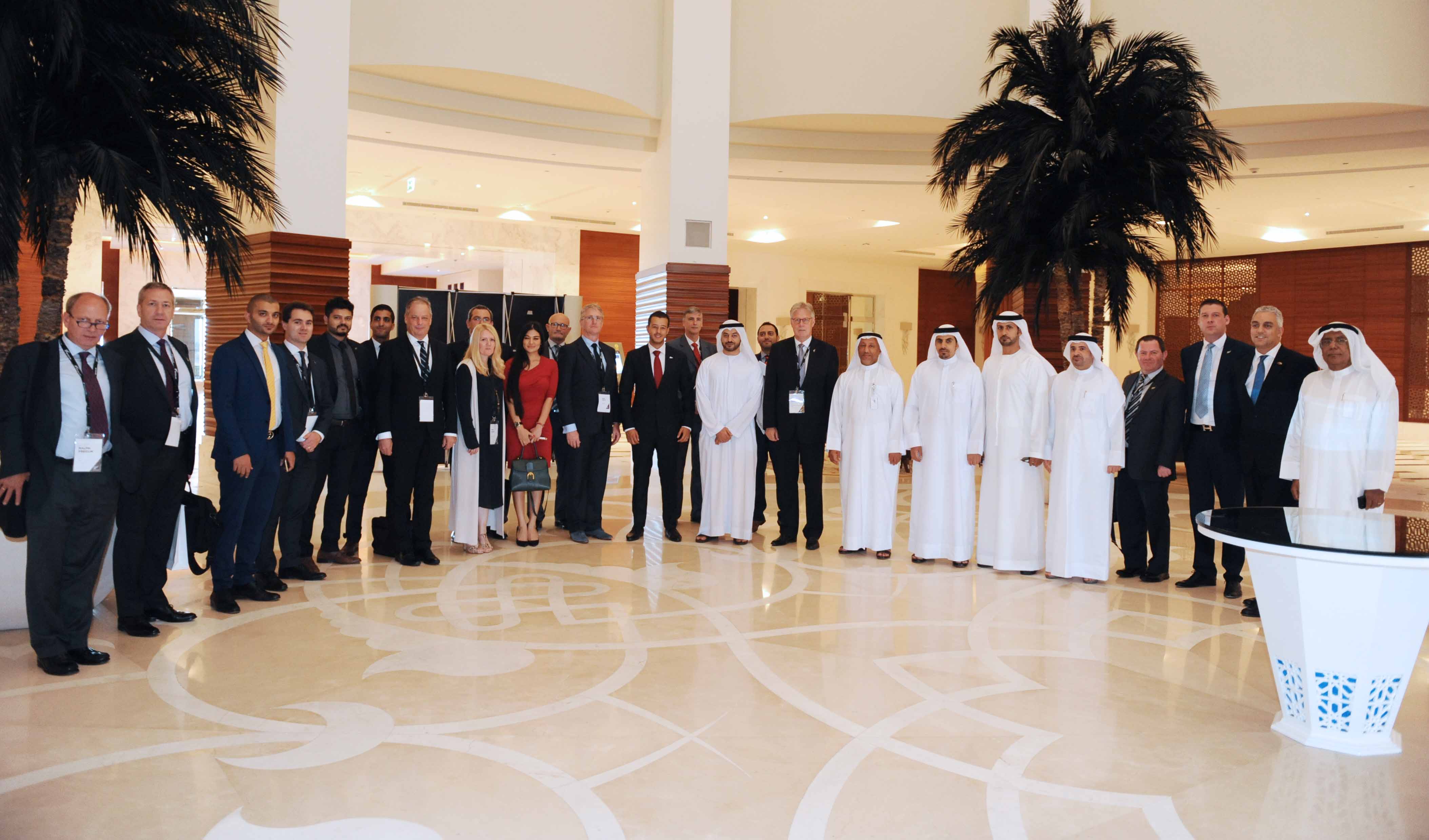 Sharjah Chamber of Commerce and Industry, in collaboration with Department of Government Relations, hosted the New Zealand-UAE Business Roundtable, at the chamber’s headquarter.

Ways to bolster the bilateral relations between the two sides in all economic areas were discussed, with the aim to advance the business and investment cooperation between the Emirate and New Zealand.  Attendees discussed the possibilities of forging joint ventures to take advantage of the existing opportunities in vital sectors such as agriculture, food security and education.

The New Zealand delegation was headed by HE Todd McClay, Minister of Trade accompanied by HE Jeremy Clarke-Watson, New Zealand Ambassador to the UAE, and comprised of an elite group of businessmen representing different sectors, including IT, tourism, education, healthcare, agriculture, food safety and many more.

The meeting was attended by Sheikh Fahim bin Sultan Al Qasimi, Chairman of the Department of Government Relations, HE Abdullah Sultan Al Owais, Chairman of the Sharjah Chamber of Commerce and Industry, HE Khalid Jassim Al Midfa, Chairman of Sharjah Commerce and Tourism Development Authority (SCTDA), HE Walid Bukhatir, Second Vice-Chairman of the SCCI, HE Khalid bin Butti Al Hajri, Director General of the SCCI, HE Marwan Al Sarkal, CEO of Sharjah Investment and Development Authority (Shurooq) and a number of SCCI’s board members and representatives of the business communities in New Zealand and Sharjah.

In his welcome speech, Sheikh Fahim bin Sultan Al Qasimi, Chairman of the Department of Government Relations, welcomed the New Zealand delegation, on behalf of His Highness Sheikh Dr. Sultan bin Muhammad Al Qasimi, Member of the Supreme Council and Ruler of Sharjah.

Sheikh Fahim said: “When looking at the ways in which our two regions are similar, I spotted one clear common goal. New Zealand and Sharjah both understand the need to protect our heritage and language. It is for this reason that Sharjah is the cultural capital of the UAE. With a focus on culture, history and the arts, we welcome tourists from all over the globe that visit our museums, archeological sites and galleries. What started with the first flights into Sharjah International Airport has resulted in Sharjah being awarded the Cultural Capital of the Middle East in 1998 and Capital of Arab Tourism in 2015”.

Sheikh highlighted the Emirate’s competitiveness, saying: “Sharjah is a gateway and the only emirate that boasts ports of both the Arabian Gulf and the Indian Ocean. Our local champions in the private sector are actively growing exports to the GCC, CIS countries and East Africa. Based largely in our two free zones, the Hamriyah Free Zone with direct access to the port and the Sharjah International Airport Freezone, or SAIF Zone, adjacent to the airport, a large number of multinationals are using Sharjah’s cost competitiveness to export to these thriving markets. From my experience in the private sector, I understand the profitability drivers steer major decisions for companies to locate regional export centers. Sharjah is a cost effective base for multinationals to succeed in serving these new markets”.

“I will be visiting New Zealand in December, and while it will be a personal trip, I look forward to learning more about ways in which we can collaborate.”, he concluded.

In his speech, HE Todd McClay, Minister of Trade, stressed the keenness of the New Zealand government to develop the bilateral relations with the UAE, particularly the Emirate of Sharjah, in different business and investment sectors, due to the geographical location and economic progress in the Emirate.

Todd McClay stated that the value of New Zealand exports to the GCC countries amounted to over $1.23 billion.

He said the purpose of the first of its kind visit was to explore new avenues to strengthen collaboration.

He praised the Emirate of Sharjah and the investor friendly climate it offers to businesses. He expressed his delight at meeting the business community in Sharjah. He extended his thanks and gratitude for the warm welcome and hospitality.

Abdullah Sultan Al Owais, Chairman of the Sharjah Chamber of Commerce and Industry, said: “The UAE and New Zealand have growing economic ties and a mutual interest to develop these relations. Action was taken in this regard, with the setting up of the UAE-New Zealand Joint Committee. The outcome was a series of MoUs and agreements signed in the first meeting of the committee in last March”.

He added: “Today meeting follows the MoU signed between UAE Federation of Chambers of Commerce and Industry, which was aimed at facilitating business and investment between the two countries”.

Al Owais expressed his hope that the business roundtable will contribute to building a sustainable economic partnership between the two sides. He stressed the importance of such meetings in enabling New Zealand businessmen learn about the business friendly environment, flexible legal framework, attractive incentives and many more facilities that help businesses thrive in Sharjah.