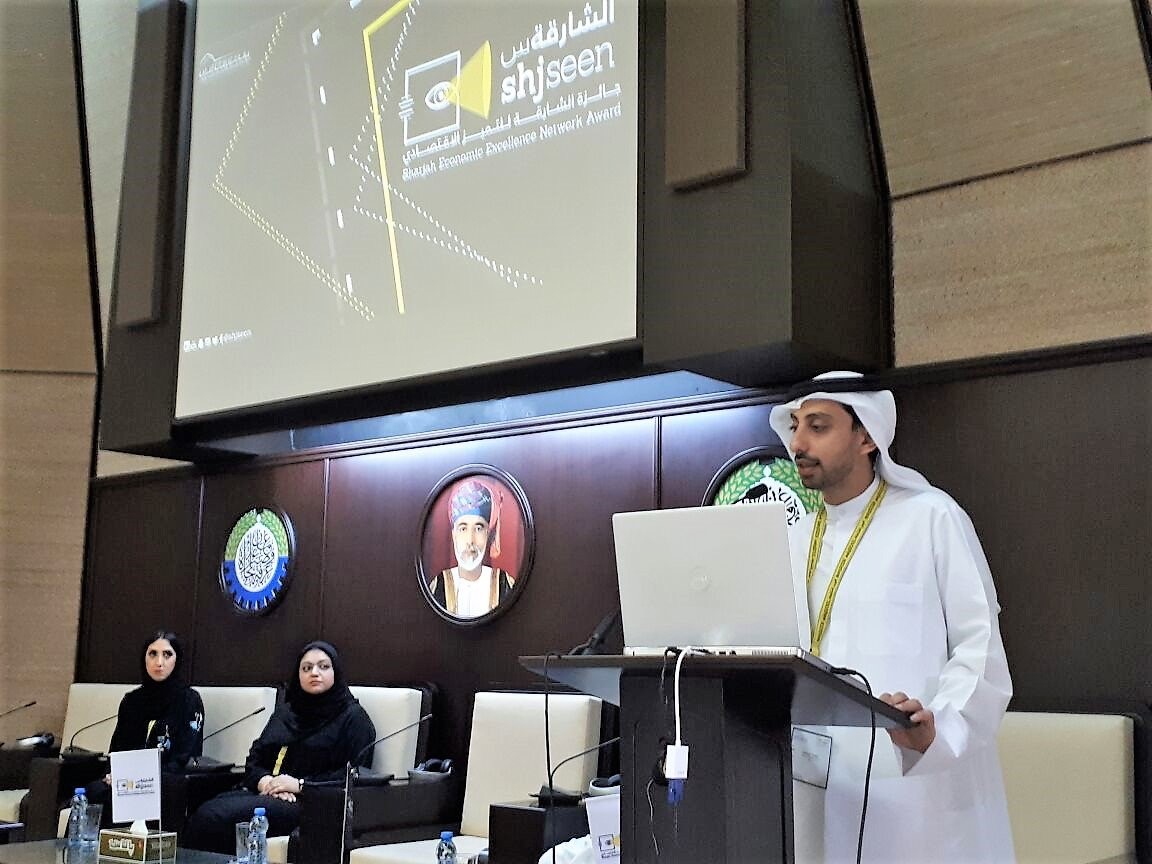 Sharjah Chamber has organized a forum to introduce the Sharjah Award for Economic Excellence to large companies in the private sector of the Sultanate of Oman, in the third stop of its tour to promote the category for the Best 10 Gulf Establishments Award category that comprises 4 countries in the Gulf Cooperation Council.

Sharjah Chamber encouraged the largest of private companies in the Sultanate of Oman to take part in the 2017 edition of this Award as part of the “Best 10 Gulf Establishments” category, created by the Award early this  year; this came in the forum hosted by the Oman Chamber of Commerce and Industry (OCCI)at its headquarters recently.

The forum, in which the Chamber’s delegation gave a detailed review of the Award for Economic Excellence, saw the participation of a number of executive officers of large companies from the different economic sectors in Oman and was attended by Badr Bin Saif Al Oufi, OCCI Assistant Director General for Administrative and Financial Affairs, Mr Mohammed Khamis Al Husseini, Director of Economic Research, Talal bin Hussain Al Qassimi, Assistant Director of the Public Relations Department at OCCI, in addition to Abdulaziz Shattaf, Assistant Director General for the Members’ Services Sector, Nada Al Hajeri, General Coordinator of the Award, a large number of companies working in the Sultanate of Oman and media personnel.

His Excellency Abdullah Al Oweis, Chairman of the Board of Sharjah Chamber, stressed that continual collaboration and coordination between SCCI and Oman Chamber is but a continuation of  decades of historic relations between the UAE and the Sultanate of Oman, fostered by the common heritage and vision that bind the two countries, especially under generous support for these ties afforded by President His Highness Sheikh Khalifah bin Zayed Al Nahayan and His Majesty Sultan Qaboos bin Said.